Sunchokes are also known as Jerusalem artichokes, but they have nothing to do with Jerusalem or artichokes.  I’ve played around with them in my propagation beds and eaten a few.  They might taste a little bit like an artichoke in flavor, sweet and a bit crunchy when raw.  They are better stewed or roasted for long periods to convert the inulin (soluble fiber which can cause gas).

A couple years ago I started selling the “Supernova” variety from Oikos.  I put one or two small tubers in each gallon pot, and people purchased them after they started to get pretty big.  One of these I transplanted into my garden, where it shot up like sunflowers and produced beautiful yellow flowers.  They made nice bouquets on the kitchen table from mid-summer until late fall. 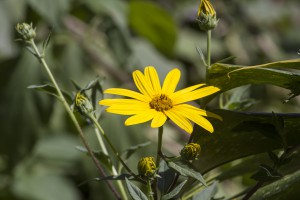 Sunchokes are quite hardy in our area, but ought to be lifted every year to harvest and thin them.  In some parts of the country they can be invasive (too dry here, I suspect).  I was busy, however, and never managed to get around to it that year.  Last spring I was delighted to see a dense patch of them sprouting up in the same spot, and the display was even more spectacular than the previous year, although they tended to fall over on top of everything around them. 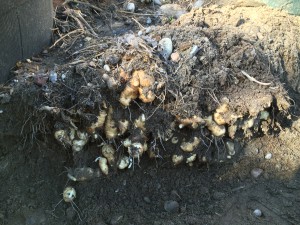 Finally, early this spring I managed to get out there with a small tray to dig up the tubers.  The clump had remained only three to four square feet in size, but the tubers were stacked on top of each other almost twelve inches underground, and so densely packed that it would be more accurate to say that I picked them apart, rather than dug them up.

I soon had to go get a larger container.  When all was said and done, I had 25 pounds of tubers, all from that one small pot.  Although I have had sunchokes in controlled propagation beds, I’ve never stopped to look at just how rapidly these can reproduce in the ground.  I’m going to have to take another look at different ways to prepare them for eating.

In the meantime, if you would like to try growing this unique edible/ornamental yourself, I’ll have tubers and eventually potted plants available for sale at the Mid-Columbia Market at the Hub. 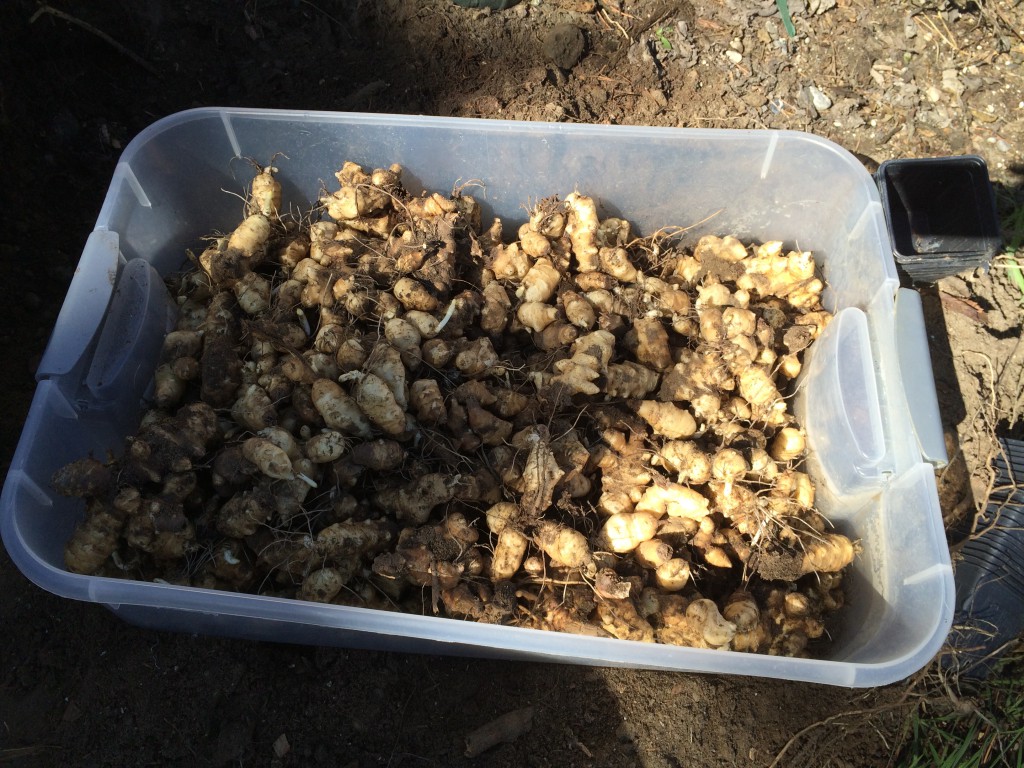